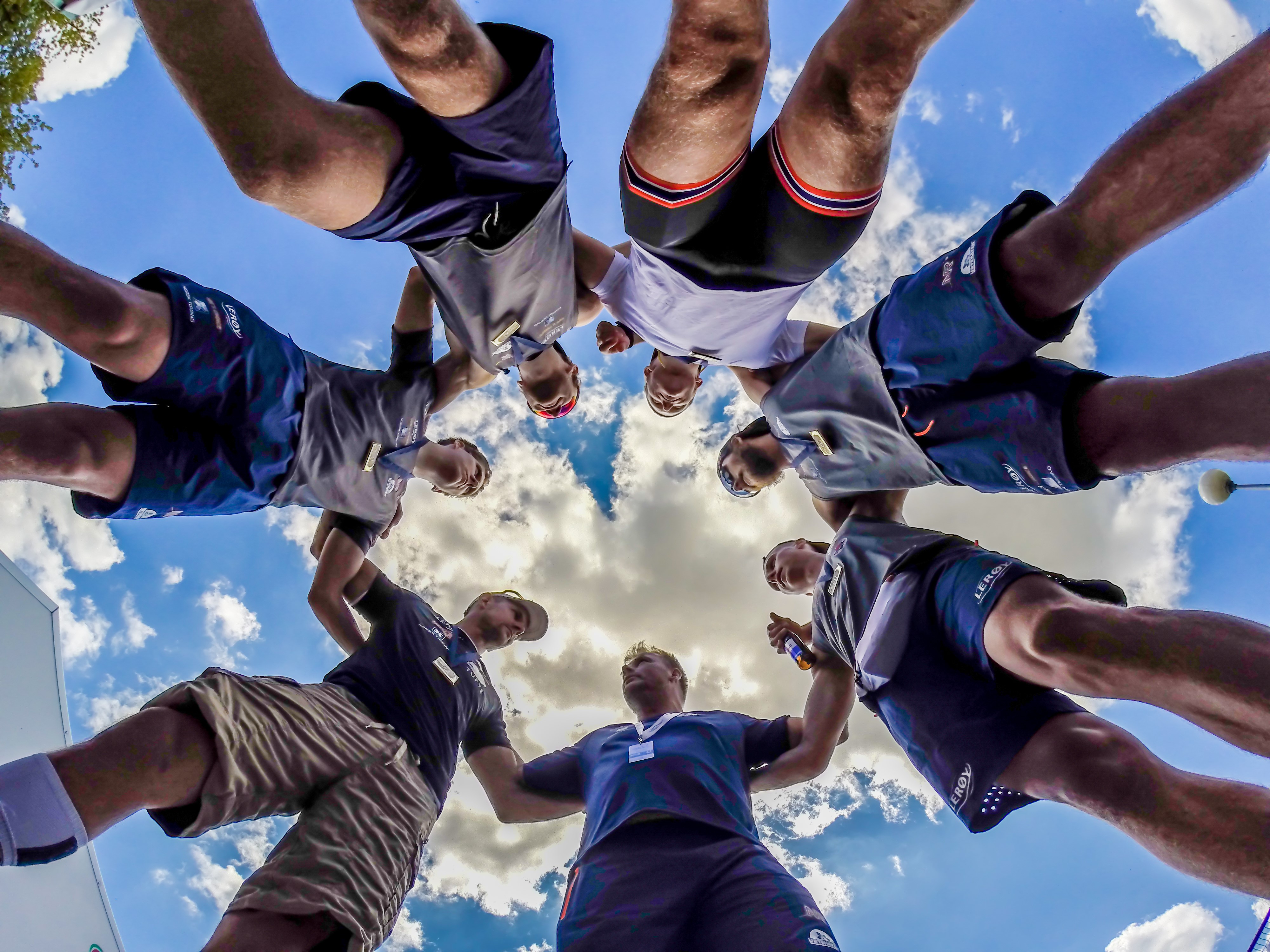 Lightweight Men’s Double Sculls (LM2x) – Final
The highest ranked crew in this event is the French duo of Stany Delayre and Jeremie Azou. They were fourth at the London Olympics and they come to today’s final with the fastest qualifying time from yesterday’s semifinals.

Delayre and Azou, however, remained at the head of the field, their sculling confidence showing through as they hit the middle of the 2000m rowing course with a one second lead over the Swiss and using a lower stroke rate in the process. The French then managed to stretch their lead ever so slightly with Switzerland now under pressure from Norway.

In the final sprint Delayre and Azou looked stunning as they remained in the lead with the real race going on between Norway’s Kristoffer Brun and Are Strandli and Schuerch and Gyr with Italy also very much in the battle to the line. As France crossed the line in first, London Olympians, Brun and Strandli came through to take a well-deserved silver. Schuerch and Gyr had to settle for bronze.
Results: FRA, NOR, SUI, ITA, AUT, GRE

Men’s Double Sculls (M2x) – Final
Judging by the results from yesterday’s semifinals, this would be a very close race between Norway and Germany. Norway’s Nils Jakob Hoff and Kjetil Borch finished seventh at the London Olympics while Eric Knittel and Stephan Krueger of Germany were eighth. The rivalry continued today.

It was Hoff and Borch that got their nose in front at the start despite being up against the higher rating Germans. But it was just a very small nose with less than half a second separating the first three boats at the 500m mark with Germany in the mix. Norway got to the middle of the race first, but only just with Germany matching the Norwegians stroke for stroke with Italy, Denmark and Lithuania all within striking distance.

Then coming through the 1200m mark crews began to make moves. Norway and Germany were out of the lead with Lithuania’s Rolandas Mascinskas and Sauliius Ritter now staking their dominance by the smallest of margins. This race was going to come down to the best sprinters as the top four boats remained tightly packed together.

The crews were flying. Italy’s Francesco Fossi and Romano Battisti, with their heads down in full concentration and at a 43 stroke rate, were flying the fastest. They reached the line just a fraction ahead of Lithuania with Norway holding on to the bronze medal spot. In true men’s double style, this race was decided in the final sprint and one of the tightest races of the day.
Results: ITA, LTU, NOR, GER, DEN, AUT